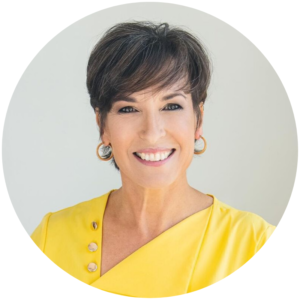 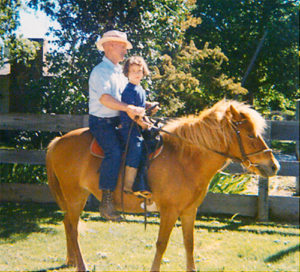 Riding with my Grandfather

One of my first memories was of my Mom leaving for work. She was a physical therapist, who worked at the Veteran’s Hospital from 9-5, every day. Before and after her day job, she earned extra income for the family by seeing additional patients in their home. Her father, my grandfather, was an agricultural worker, a cowboy, and a union organizer who helped opened the Holly’s Sugar Plant in California.

She was the first in her family to go to college, where she met my Dad, who was studying to become a public school teacher. His Dad, my grandfather, immigrated to America from Mexico and got a job at a steel refinery, eventually dying from cancer as a result of exposure to the on-site chemicals.

I got my first job when I turned 12 years old, cleaning stalls at the nearby stables. The stables were four miles from my home, so I rode my Schwinn Bantam, with streamers on the handlebar grips and a basket on the front, those four miles to earn $1 an hour shoveling manure. My bike was a fixed gear, so I had to walk the hills on the way, but I went three times a week. The lessons I learned on those hills have stuck with me ever since.

After growing up in northern California, I earned two degrees from the University of California at Davis. After I graduated, I worked for the Immigrant Legal Resource Center and for the state of California in their Natural Resources Agency . In 2003, I moved to Knoxville to serve as the Executive Director of the Tennessee Clean Water Network, and I’ve been here ever since. 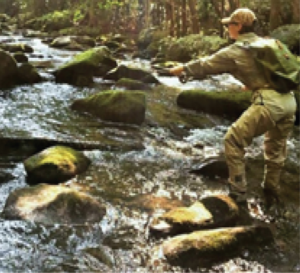 Fishing in the Smokies

When I first started at the Tennessee Clean Water Network, times were tough. On three different occasions, I gave up my salary so my staff could have theirs. But, just like riding up those steep hills on my Schwinn Bantam, I wasn’t easily scared off. It took hard work, but eventually, we became a scrappy environment advocacy organization, who sued the hell out of polluters, took on powerful special interests, advocated for major changes to government policy, testified in front of Congress, and installed lead-free drinking water fountains at schools across Tennessee.